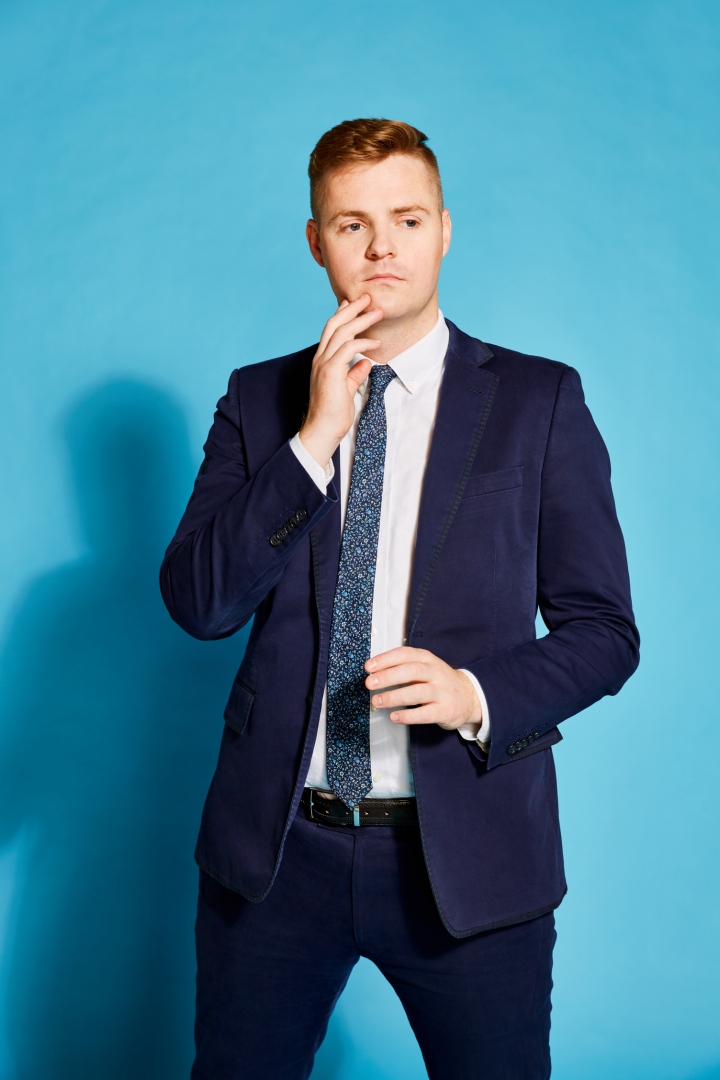 What is it with an abrupt tragedy being the best foundation for stand-up? I mean, are we all merely a horrendous break-up or vicious firing away from writing an hour of jokes and making a glorious festival run? Well, probably not, because like a lot of things, stand-up requires you to actually have some talent at being funny, and if you’re just not funny then you can simultaneously have your heart ripped out whilst being forcibly led out of your office by security, all while watching a live feed of your favourite pet being mashed under the J1 bus and you’re probably still not going to have five minutes’ worth of decent material. It’s nice to think you could though, right?

Luckily for Tom Ballard, he’s got some talent. Well, a fair bit of talent. Ballard is funny, and so when his rather amusing acerbic ABC show Tonightly got canned after a few skits upset the wrong people, most notably a) calling a political candidate a very bad name, and b) airing a skit containing a song highlighting the hypocrisy of a certain religion, he had some options following the traditional pints-for-schooner-prices celebratory soirée that generally marks the commencement of surprise unemployment. He wrote a stand-up show, and – as previously mentioned – because he’s actually talented at the whole comedy thing, it’s actually pretty good.

Clearly, he’s a bit miffed at that little sequence of events, and so he takes aim at a few things that he’s got to contend with in his frenzied, rapid-fire style. The housing market, the failings of modern capitalism, our inability to escape colossal digital companies, baby boomers, the pitfalls of taking drugs and attending gay saunas… it’s catharsis for Ballard. When he attempts to push the envelope out a bit it all goes up a few notches and he hits a number of high-water marks, but they’re a bit inconsistent. The few rough patches are navigated mostly scot-free.

Whether or not you agree with the sequence of events surrounding the cancellation of Tonightly, the sterilisation of Australian comedy is to be widely admonished; I’m not entirely certain when conservative politicians got placed on the protected species list, but here we are. Allow me to dispense a trade secret: comedy is subjective. Revelatory, I know. If you’re not a fan of modern manic stand-up comedy, then you probably won’t like Enough. It’s not ground-breaking nor does it purport to be, but there’s nothing wrong with some classic stand-up.

Tom Ballard – Enough is on until March 15

For more information and to purchase tickets, click here