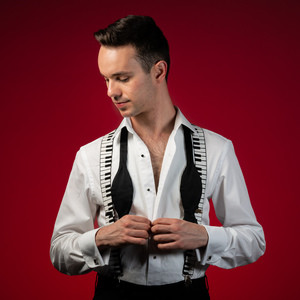 Incredibly talented and immensely creative, Josh Belperio is someone I’m privilaged to have seen perform. Despite this show being raw and a little unpolished that only serves to highlight his creativity and ability to improvise on stage.

Having attended Belperio’s show 30,000 Notes last year, I was keen to find out more about this introspective individual. Having produced such an emotive show, I was keen to see one of his more comical shows with Scarred for Life. Instead, shortly before the launch of Fringe, I discovered that Belperio was taking a different route again, turning away from his previous two introspective shows to produce something a little more off-beat. Something to showcase his anger at everything that has occurred across our recent and quite devastating summer. This made me even more intrigued to know what Belperio has been up to and just what kind of show he would produce.

Going to Holden Street Theatres in the evening just after the sun has set is quite a special experience, one I aim to have at least once throughout the Fringe season. With a number of shows on simultaneously, there’s always a vibe of quite anticipation waiting.

We were led into a room much smaller than I’d expected where we found Belperio waiting beside a keyboard with the calm enthusiasm of an experienced performer. Since the previous year where he was presenting his notes and those left behind by his beloved Nonna, Belperio’s character had undergone a transformation. The clean-cut man of yesteryear replaced by someone clear in his rebellion.

The show itself was engrossing, breath-taking, even awe-inspiring. Belperio had homed in on his anger in the last few months, distilling it into something resembling cabaret but also a little more. Raw and, in places, improvised, this performance was both authentic and compelling .

While certainly presenting a relevant show, Belperio opens the discussion with his audience about the current political climate and the issues with media scapegoating the LGBTQIA+ community as a way to avoid climate action. It should be a time for us to come together to work on a solution; however, Morrison seems set on creating further division at a time when time is running out.

Drawing in new information to the discussion daily, Belperio’s improvisation for this show is impressive. Part cabaret, part honest discussion, this is a show you need to see to fully grasp. I would highly recommend seeing Belperio perform. He is such a talented person and I look forward to watching his career progress.

For more information and to purchase tickets, click here