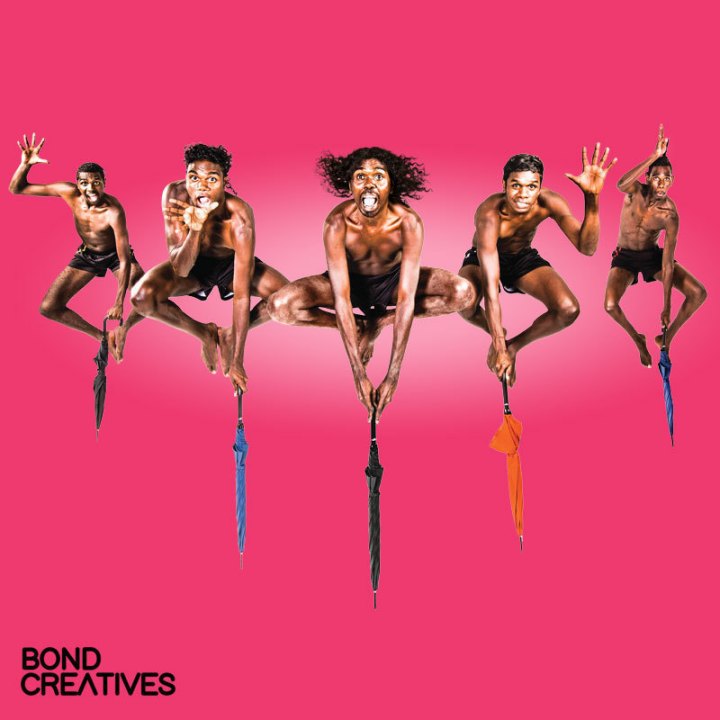 On a bustling Friday night, I had the pleasure of witnessing the legendary Australian Djuki Mala, or Chooky Dancers. The seats were all filled to the brim, and although we were squished in like sardines, the audience soon forgot as they were transported only by a stage, music, and four energetic men. From the moment the show began, I was absolutely spellbound by their grace and rhythm.

Trying to think of phrases or words throughout the performance was completely hopeless because I was so ensorcelled by these four men. The team pays a beautiful homage to past and present Aboriginal tradition. Right from the start, they educate the audience with a multitude of reasons as to why bringing their culture around the world is so important to them. I witnessed expressive dances interspersed with short clips of video explaining the history of the Djuki Mala group and their roots.

The show was vivaciously cheeky and spiritually moving all at the same time. Blending traditional Aboriginal culture with modern dance, the energetic performance left me with a full heart and a greater knowledge of Aboriginal culture. The elation that I experienced was akin to no other, and a smile was permanently glued to my face throughout the entire performance. The absolute openness and effervescent attitude of the dancers was reflected in the audience’s joyful atmosphere.

Going 12 years strong and travelling all over the world, Djuki Mala are obviously doing something right. The independent company thrives on locals and tourists alike taking time out of their day, so why not come and see for yourself this Fringe season and help them make a big difference in their community. Take everyone you know; you won’t be disappointed.

Go and see this heart-warming show and remember your own roots. Anyone can enjoy this masterpiece of movement, no matter what their age. Come down and embrace the story of the Djuki Mala, and they’ll embrace you back.

Djuki Mala is playing Umbrella Revolution at the Garden of Unearthly Delights nightly (except Mondays) until March 17. Tickets available here.