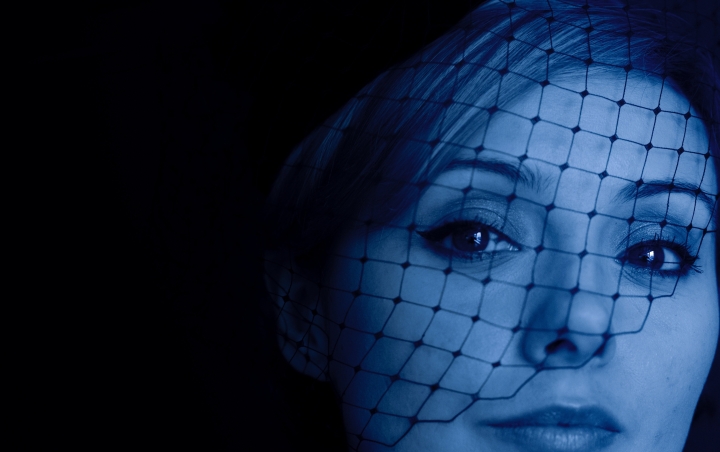 When Margaret Rose was sixty-eight years old, she became obsessed with planning her funeral.

Before their regular get-togethers her more generous friends would laugh about her fixation and lay bets about how long it would take her to raise the latest plans when they met. The record for restraint from the time of her arrival was sixteen minutes.

Her less generous friends had taken to joining her only for structured activities like movies and concerts, making it hard for her to speak. Bruce and Shirley Williams admitted to Frank and Judy Baker that on two occasions when she had pulled into their driveway unannounced, they had ducked down in the kitchen below the level of the windows, and stayed in a crouching position until she gave up banging on the door and reversed away. On one occasion, after Margaret had continued to peer through windows, knock on the door and call out their names for over twenty minutes, Shirley’s need to pee had become so acute she had waddled like a duck under sill height to the bathroom, and that night had to take double her usual painkillers for her arthritic knees.

Margaret’s latest plans called for her coffin to be pulled to the cemetery by black horses in a glass hearse, for all the flowers to be pure white, and for all the women in attendance to wear a black veil.

She regularly changed her mind about the person she wanted to lead the service. The current lucky incumbent was Bruce Williams. She provided him with an order of service and her latest choice of music to background the data-show of her life, which ran to twenty-seven minutes. Her current choice was Alison Moyet singing ‘When I am laid in earth’. She said this song made her cry every time she heard it, and she knew it would be a relief to her friends to be encouraged to show their grief in response to a haunting melody.

Margaret asked Bruce for his views on the third version of her memorial booklet. She had printed two hundred copies of each of the first two efforts, all of which had since been taken to the tip. She decided it might be wise to seek feedback before the third attempt went into production. When Bruce asked why she had changed it again, she answered that the first one was too cheerful, she hadn’t liked the shade of grey they’d used in the second, and she realized it now needed to be a booklet of eight pages given the number of photos and client commendations she’d collected about the quality of her work before her retirement.

No-one understood why Margaret Rose was so fixated on her funeral, given she was – as Bruce maintained at the secret non-Margaret gatherings her friends orchestrated every week – as fit as a mallee bull. Shirley thought it was because Margaret had been an event manager for most of her career, and missed having something to organize.

Margaret’s latest idea had been to have an enormous black and white photo of her face printed and cut into a series of large format postcards. There were one hundred and fifty cards in all making up her face. She wrote a guest list to match that number and sent each person on the list a card to keep ready for the day.

On the back was a printed note: ‘Please keep this card in a safe place until Margaret Rose’s parting. Do not use for alternative purposes. Do not bend. Do not trade your card for that of another. Do not use as a coaster for cold or hot drinks. You may upload this card to eBay following the funeral if you do not wish to keep it as a memento. If you sell it, the recommended reserve price is two hundred dollars.’

The Bakers between them had part of her left eye, and the Williams were offered a slice of her lower lip. Margaret had an additional one hundred made in plain black for the extra people she was sure would be keen to attend, and suggested to Bruce that those not on the A-list be placed around the edge of the room to create a border. She gave Bruce a seating plan and explained he would need to put names on the chairs in the order provided so that when he asked for the room to hold their cards above their heads, her face would be complete. She had booked a videographer to stand on the balcony above the choir to record the formation of her face as compiled by her grieving friends.

One Saturday night when the gang met at Paul and Barbie Stewart’s place, Margaret turned up a little late with a white hire van. She rushed in and asked Bruce and Paul to help her out with a box from the back of the vehicle. She said it wasn’t heavy, just too awkward for her. The men brought the box into the centre of the lounge room. Barbie Stewart looked daggers at Paul because the box spoiled the look of her carefully staged lounge room design.

Inside the box lay dozens of black hats, each with a veil attached. Margaret had collected them from sales and op shops for over two years, because she knew that not everyone would have a black hat these days. She asked Bruce if he could make sure the box was at the door of the church along with the mirror she had wrapped carefully and placed in the bottom of the box.

At that point, Shirley rushed out to see to the chops on the BBQ to stop herself from laughing. Barbie asked where Margaret was thinking of storing them. When she said she was hoping the Stewarts would keep them in their garage. Paul, knowing from long and often bitter experience what his wife’s mouth looked like when it was forming the word ‘no’, jumped in and said of course they would.

After Margaret left that night, Shirley and Judy started trying on the hats. They agreed they wouldn’t wear one in a fit.

Much to everyone’s surprise, Margaret Rose died suddenly of a heart attack before she turned sixty-nine. Shirley, who went to Pilates with Margaret’s doctor, reported that it was unexpected. There had been no sign of illness or hints that imminent death might be on the cards.

Bruce put the funeral notice in the papers and rang around Margaret’s friends and neighbours to give them the news. Everyone was shocked.

Bruce found a box in Margaret’s lounge room with name-tags for each chair along with an updated seating plan. He put the box of name-tags under his arm on the morning of the funeral, but Shirley told him not to be ridiculous. Two hundred people wouldn’t turn up, and those who did wouldn’t bring the silly cards with them. Bruce took his along anyway, and Frank pointed to the bulge in his own coat pocket when Bruce asked if he’d brought his card.

The funeral was a small affair. Only twenty people attended. Judy was the only person who put on a black hat. When the time came for Bruce to ask the congregation to lift up their face cards, it was a poor showing, and those who complied felt a little foolish. Barbie Stewart’s snigger was clearly audible. Her head was bare, and her card had been thrown in the rubbish the night it was allocated.

Bruce thanked those who had played their part in the event and made sure he shook hands with the florist, horse wrangler, caterer, and videographer. He asked the lass who made the video what she would do with it, and she told him she had been instructed to send it to Margaret’s accountant.

Some months later, Margaret Rose’s lawyer advised the beneficiaries of her will of their good fortune. Margaret had decided that her sizable estate was to be shared amongst those who held up part of her face at the funeral. A great deal of money was therefore shared between an eyeball, her left nostril, the tip of her right ear and part of the deep crevice that ran between her lips and her jaw.

Image by Malcolm Green on Unsplash