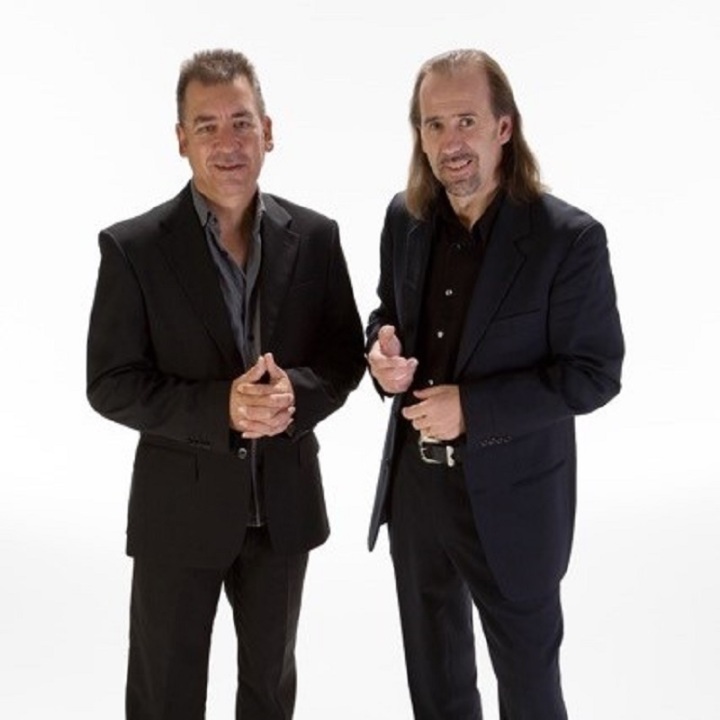 Cohen and Waits provides a one-hour tribute to famed singer-songwriters Leonard Cohen and Tom Waits performed in perfectly professional and polished style. For anyone with an appreciation of the works of either Cohen or Waits, this is a must-see this Fringe.

The performers, Rohan and Polly, slip easily into the vocal styles of both individuals – a remarkable feat for performers of such unique qualities as Cohen and Waits. Between songs, both talk freely with the audience and bring the audience in, making it feel even more welcoming and enjoyable.

Mixing the songs of both singer-songwriters, the show provides a good helping of both Cohen and Waits – a highlight being the blurring of lines between them as we are treated to Cohen covering Waits and Waits Cohen.

As both Tom Waits and Leonard Cohen possess such a remarkable set of songs (both in quality and quantity) it is interesting to see how Rohan and Polly make their choices. Selecting an engaging set of songs that showcases the range of both those to whom they pay tribute and themselves. Throw in an original song that carries a significant element of the Cohen or Waits style, and you have a uniquely enjoyable and entertaining show.

Even if you are unfamiliar with Leonard Cohen and Tom Waits’ oeuvre, anyone with an appreciation for excellent music and good performances will find themselves truly enjoying this show. That the show could be such a perfected thing on the first night is worth noting as well. It doesn’t feel so much polished as it does organic. That is not to say that the show is not mounted with stunning professionalism but just that the human element so particular and important to writers and singers like Cohen and Waits is present in this performance. An over-polished result could risk the heart of those great performers’ works but this hits just the right mark to pay tribute to two greats of music in a deeply fitting manner.